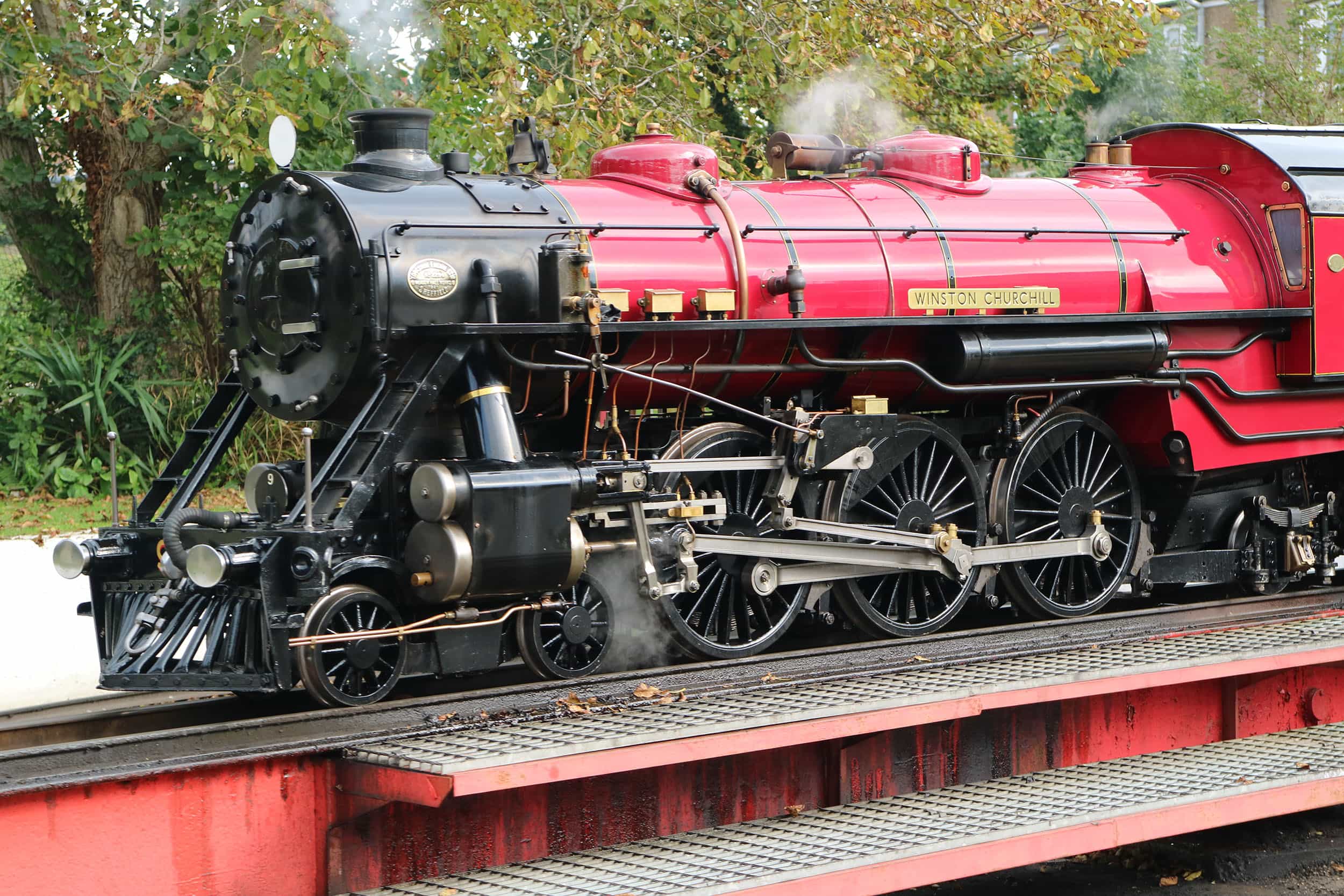 The Yorkshire Engine Company of Sheffield finished the job of building this loco by finally assembling the parts, accrued during a chequered history for two new engines for the RH&DR.

Originally ordered from, and started by, Davey Paxman then continued at New Romney using boilers from Krauss in Munich. Designed from drawings originated by Greenly, completed by A.L.S Richardson and based on Canadian Pacific practice. The Canadian style was chosen by Howey as it was felt that the larger cab would give the driver better protection against some of Kent's fine summer weather, than the British styled locomotives. He was also a fan of and visitor to the Canadian Pacific Railway. When the engine emerged onto the RH&DR in 1931 she came complete with a very 'American' Vanderbilt tender and was named Doctor Syn, after the Dymchurch smuggling-vicar created by Russell Thorndyke. In 1948, having been renamed Winston Churchill after the war-time Prime Minister, she was sent to an exhibition in Toronto, Canada. At this time she was painted bright red, but in 1962 she received a black coat of paint and a new tender. As an experiment Winston Churchill was converted to an oil firing loco in 1973, but was rebuilt conventionally in 1979. The experiments were successful, but a rise in the price of oil meant that no savings would be made over coal. She carries one of a pair of Crosby chime whistles that Howey had bought in Canada, and had impressed Nigel Gresley on a visit to the RH&DR.