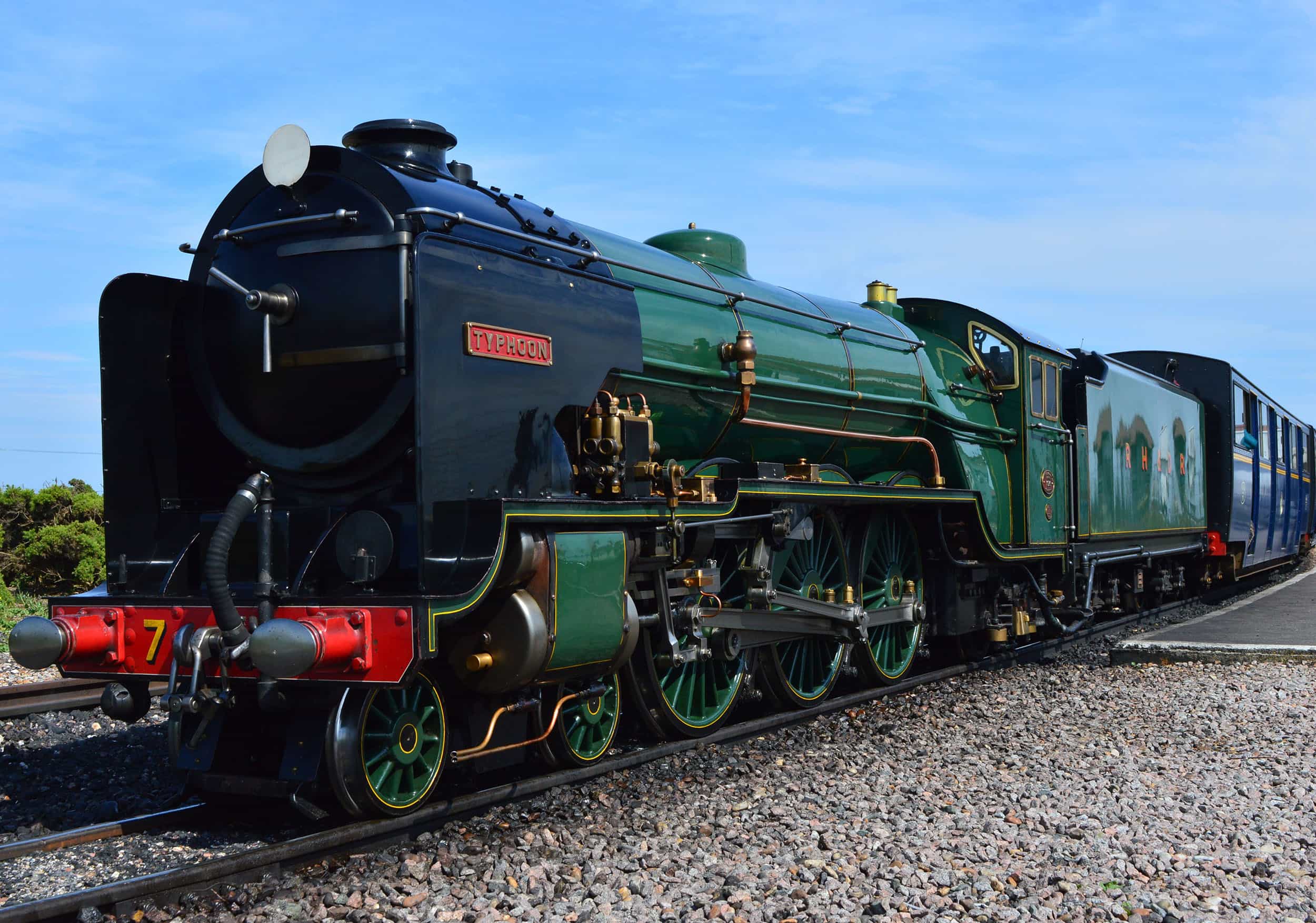 Based on the Henry Greenly-designed Pacifics that were already at the railway; Green Goddess, Northern Chief and Southern Maid. Typhoon differed in that she had three cylinders.

The railway's founder and owner, Captain J E P Howey, craved more power and ultimately speed from his locomotives and the three cylinder route was experimented with on this engine and her sister No.8, Hurricane. Before being delivered to New Romney on 19th May 1927, Typhoon posed for publicity photographs next to the full-size Flying Scotsman locomotive at Kings Cross. The expected performance gains from the three-cylinders didn't outweigh the increased running costs and many breakdowns experienced and she was converted to the tried and tested two-cylinder configuration during 1935-36.