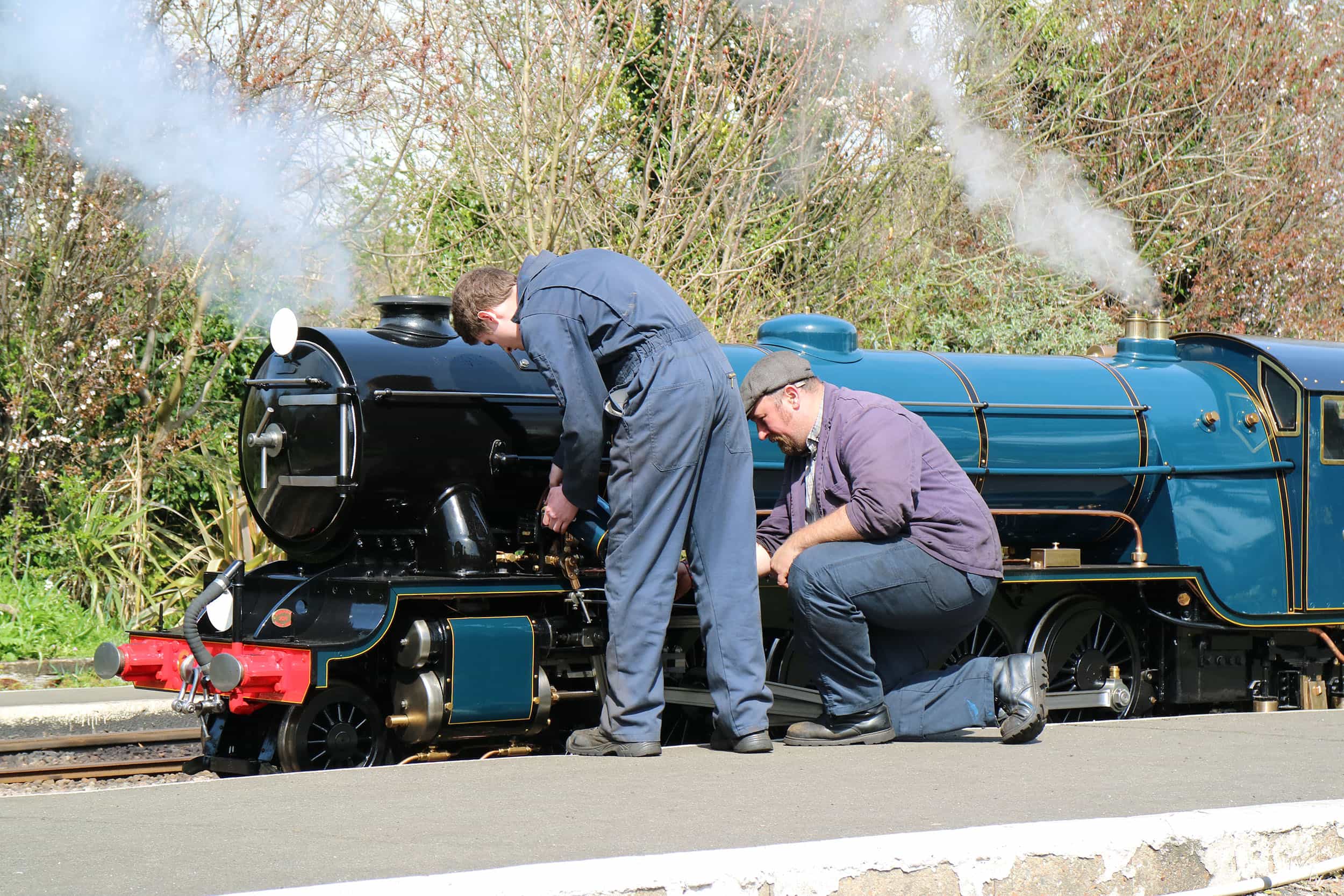 Samson was delivered to the railway on 20th July 1927, the identical twin of Hercules. After the war, Samson was sent to Hove for a re-build and then in 1961 she received a superheated boiler.

From 1955, Samson appeared in a lined black livery, but she received a red coat of paint whilst she was used at the 1984 Garden Festival in Liverpool. This livery remained until a 1989 repaint, when she emerged in a dark blue similar to that of the former Great Eastern Region. Her whistle is an American Crosby Chime.