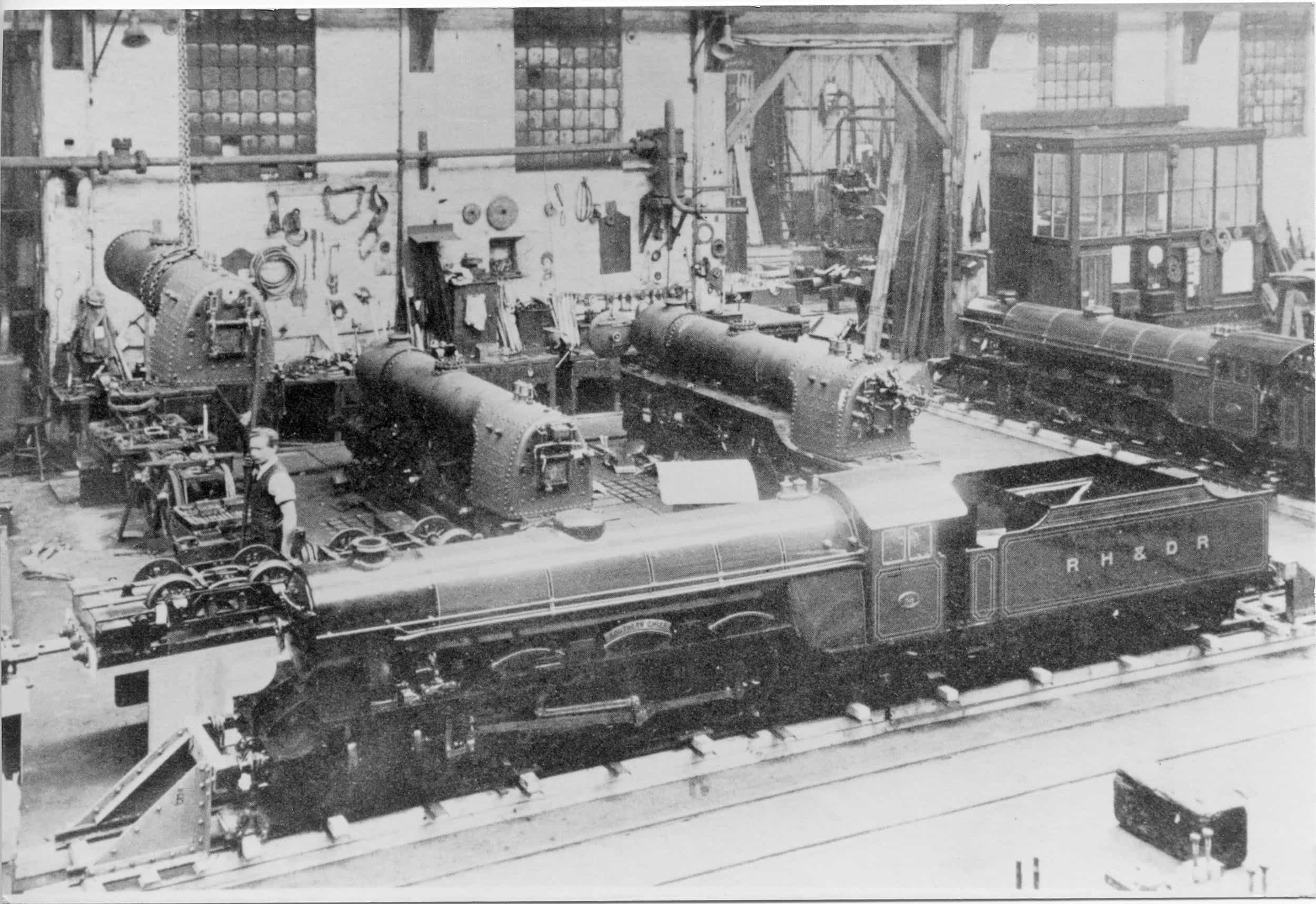 Since 1927 the Romney, Hythe & Dymchurch Railway has been an integral part of the landscape of the Romney Marsh.

Known as “Kent’s Mainline in Miniature”, our world famous one-third full size steam & diesel locomotives have powered their way along the 13½ miles of track from the Cinque Port town of Hythe, terminating in Dungeness; a National Nature Reserve. With 4 stations in between, all within walking distance of a beach, our railway provides you with an opportunity to explore this unique corner of Kent. Coast & country walks, with all manner of wildlife & flora to be seen, cycle rides, medieval churches and iconic lighthouses are all on our doorstep.

Coast & country walks, cycle rides, medieval churches and iconic lighthouses are all on our doorstep

HOW IT ALL BEGAN

The Count was keen to build a fully working railway using the 15" gauge and Howey was inspired by the vision also. To try to fulfil their ambition the pair attempted to purchase the Ravenglass and Eskdale Railway in the Lake District, but to no avail.

Despite this setback, the Count ordered two Pacific locomotives (Green Goddess and Northern Chief), to be designed by the leading model engineer of his day, Henry Greenly and built in Colchester by Davey, Paxman and Co.

Before they were delivered the Count was killed while racing at Monza in the Italian Grand Prix. Howey was left with two locos and the task of finding somewhere to run them. He commissioned Greenly to help him, and it was he that came up with the Romney Marsh.

The official opening took place on 16th July 1927, with Hercules hauling that inaugural train from Hythe to New Romney. When first opened to the public the line only covered, in double track, the eight miles between Hythe and New Romney. Owner Captain Jack Howey soon had his eye on extending the line and in 1928 double tracks carried the trains to Dungeness via Greatstone.

In 1928 double tracks carried the trains to Dungeness via Greatstone.
A fantastic main line ride of 13.5 miles.

During those early years, the railway became famous and people came to ride on the 'Smallest Public Railway in the World'.

The locomotive fleet was extended to nine main-line express engines and a fleet of luxurious coaches were built. The war years took their toll, the line being requisitioned by the War Department — they even created the only miniature armoured train in the world — and was used extensively during the building of PLUTO (Pipe Line Under The Ocean) which fuelled the Allied invasion force.

After a near-death experience a new consortium, headed by Sir William McAlpine, saved the day in 1973 and much investment has taken place over the intervening years to ensure the railway maintains its title as Kent’s Mainline in Miniature and continues to uphold a high standard of customer service.